Planning application to build at Whalebones turned down again 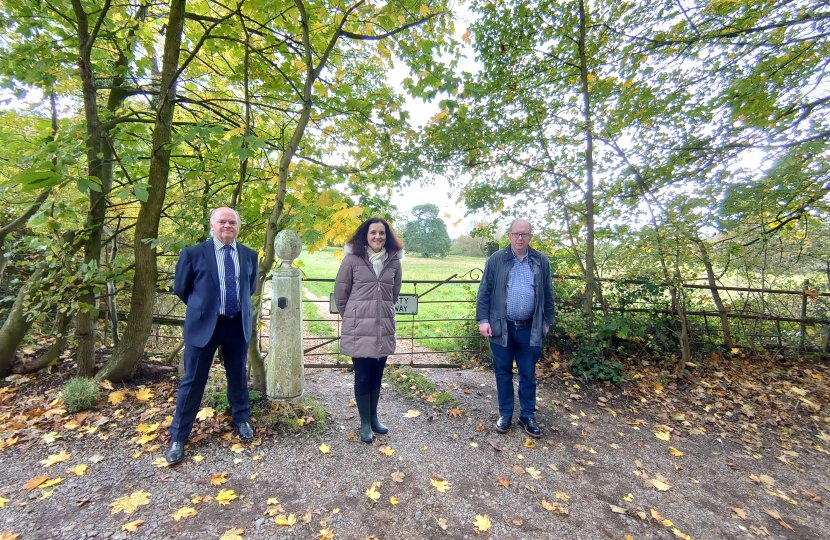 MP Theresa Villiers has welcomed the Mayor of London’s decision to support Barnet Council’s rejection of proposals to build over fields at Whalebones in High Barnet.

The authority’s planning committee turned down proposals by developers Hill Residential in October last year for 152 houses and flats on the land, which is surrounded by a conservation area.

Theresa has campaigned for many years, with local groups and residents, to stop this building project from going ahead. The application received 830 letters of objection and just eight in support.

Now the Mayor has written to Barnet Council confirming he will not intervene in its decision.

“This is really very good news and a further victory for everyone who does not want this agricultural land turned into concrete and bricks,” said Theresa.

“It reinforces the view that the planning application would amount to a serious breach of Conservation Area Policy in Barnet that was put in place to protect locations of significant historical and environmental importance like Whalebones.

“The danger to the fields is not over yet. Hill Residential could appeal the decision or it could submit a revised application. My hope is the developer now recognises it is close to the end of the road and that it stops trying to force through this unpopular overdevelopment.”