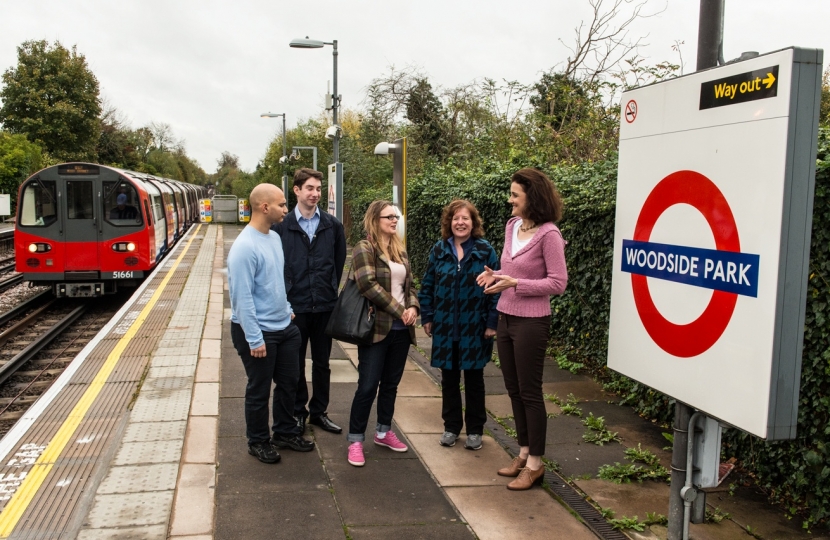 Theresa Villiers, MP for Chipping Barnet, has welcomed another success in her long running campaign to prevent the Northern Line from being split into two separate tube lines.

Back in 2009 Theresa successfully campaigned against proposals for a split which would have seen commuters on the High Barnet branch only able to travel directly via the City line. To get to destinations on the Charing Cross branch to the West End, they would have had to change trains at Camden Town. Splitting the line has been advocated by many in the transport industry for some years and was proposed as an option by Labour mayor, Ken Livingstone, in 2006.

After reports appeared in the specialist rail press that a split was back on the agenda, Theresa took this matter up with the Mayor of London, and with Mike Brown, managing director of London Underground (LU).

Following those conversations, Theresa Villiers said: "Boris has told me that he has no plans for a split of the Northern Line and that no proposal for this is in the TfL plan for the period up to 2021. Mike Brown of LU went further, telling me that the scale of the works that would be needed at Camden Town, and other stations, meant this was unlikely to be a serious possibility before the mid 2020s."

"I warmly welcome confirmation that there is now no immediate threat of a split of the line. I have made clear to the Mayor and TfL that splitting the line would be strongly opposed by my constituents and by me."

"It is important that we continue to be vigilant on this issue. There are still people who think it is inevitable that the split will happen at some point. There is a clear risk that these proposals will resurface again in the future and I will continue to campaign against them whenever they do. What this latest round of debate on this issue has once again confirmed is that a split of the line is not inevitable and that if we campaign effectively, we can stop it happening. That is what I'll be doing."

In October 2014, an article was published in Modern Railways indicating that if capacity on the Northern Line is to be increased to 36 trains per hour, it would need to be split into two lines, one from Morden to High Barnet via Bank and the other from Kennington to Edgware via Charing Cross.

In his conversation with Theresa Villiers, Mike Brown confirmed that TfL’s committed upgrade plans for the Northern Line do not require a split of the line. He acknowledged that an increase to 36 trains per hour might well require such a split, but there could be a range of different options to choose between regarding capacity increases to be considered in the future.

He also confirmed that the planned extension to Battersea does not require a split of the northern end of the Northern Line. There is already some splitting of services at the southern end with almost all trains from Kennington running via the Charing Cross branch and almost all from Morden going via the Bank. It is planned that Battersea trains will run via Kennington on the Charing Cross branch.