No to even bigger tower blocks at North London Business Park 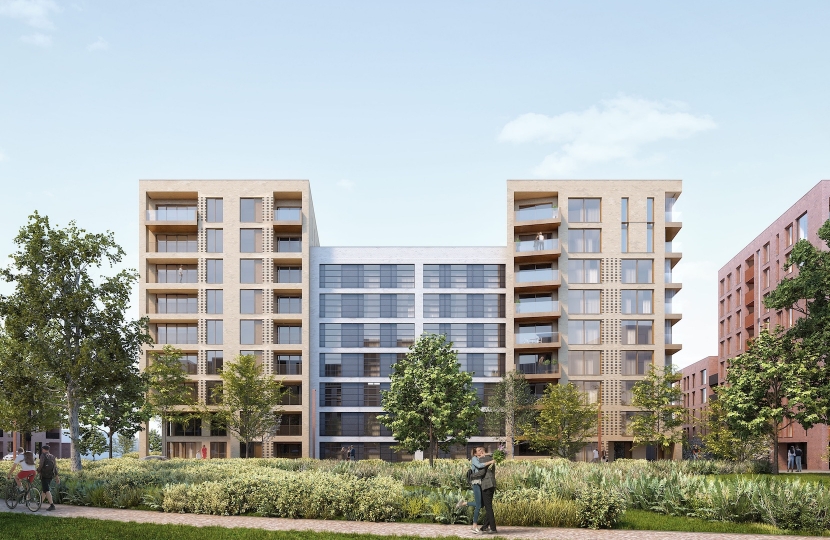 Theresa Villiers, MP for Chipping Barnet has been campaigning against overdevelopment in North London Business Park for many years. After an application to build 1350 flats there was allowed by the Planning Inspectorate last year, Comer Homes have made a new application to increase the size of their proposed housing development to 2,428 units in tower blocks of up to 13 storeys.

This would amount to an 80% increase over and above the scheme for which they have been given permission.

Theresa Villiers said: "I am totally opposed to the attempt by Comer Homes to cram over a thousand extra flats into North London Business Park. Their earlier plan for 1350 units was bad enough but this is far worse.

"Blocks of between nine and thirteen storeys are wholly inappropriate for a suburban, low-rise neighbourhood like this one. Allowing them to be built would be a massive overdevelopment - even more so than the earlier scheme given permission in 2020. Working with ward councillors, Lisa Rutter and Roberto Weeden-Sanz, I will continue to fight against these new tower blocks and I am urging my constituents to send in objections."

"Please make sure you have your say, so we can protect our local community and stop Comer Homes from ruining Barnet!

If you oppose the plans for tower blocks of flats at the North London Business Park, please send your views to Barnet Council’s planning committee."

There are three ways in which members of the public can object to the plan for tower blocks in North London Business Park:

1. By filling in the forms online at https://publicaccess.barnet.gov.uk/online-applications/.

When you get to this page, enter the planning reference number 21/4433/OUT in the search box. This takes you to the NLBP application, which includes a comments tab.

Please put the reference 21/4433/OUT in the subject field and include your name and postal address in the text of the email.

3. By writing to Planning and Building Control, 2 Bristol Avenue, Colindale,NW9 4EW including the reference 21/4433/OUT as well as your name and postal address in your letter.

You may wish to refer to the following points on some of the strongest reasons in planning law why the development should be rejected: