No direct flights to north of Cyprus: Grayling gives assurance to Villiers 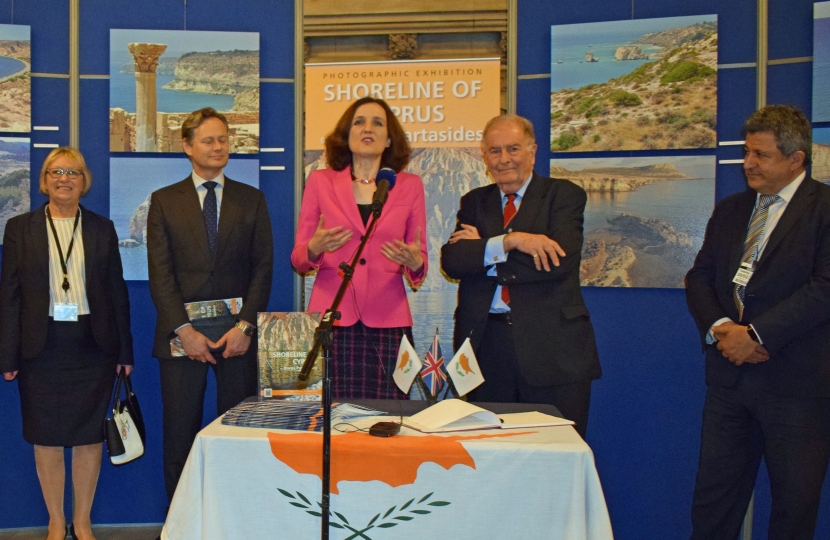 Acting on the concerns raised by her British Cypriot constituents, Theresa Villiers, asked the Transport Secretary, Chris Grayling, not to allow direct flights to the north of Cyprus. The exchange took place in Parliament this morning. Mr Grayling stated at the despatch box there was no plan to change government policy and permit direct flights.

It has been the policy of successive UK governments not to recognise the administration in north Cyprus. Direct flights depend on bi-lateral agreement between the governments of the two countries concerned. The recognised government of the Republic of Cyprus, led by President Nicos Anastasiades, has not given permission for flights to the north. If the UK Government had decided to allow direct flights that would have been a step towards recognition of north Cyprus as a separate state.

“I welcome Chris Grayling’s statement today that the UK government is not planning to change its policy on direct flights to the north of Cyprus. To have allowed these to go ahead would have meant recognising the administration in north Cyprus as a sovereign government. This would mean a reversal of longstanding policy by Conservative, coalition and Labour governments. This would have been a big step and one which would have been strongly opposed by many of my constituents” Theresa said.

“The way to open up the possibility of direct flights to the northern part of Cyprus is to find a negotiated settlement between the two sides which reunites the island. As the Transport Secretary said today, the UK government will continue to work with friends in Cyprus to achieve that goal. Agreement on a just, viable, and balanced settlement will deliver many benefits to the economy across the whole of Cyprus, including the travel and tourism sector.”

Theresa Villiers: Will the Secretary of State confirm that the Government have no intention of allowing direct flights between the United Kingdom and the northern part of Cyprus?

Chris Grayling: Let me be clear: all Members of the House would like to see a long-term solution to the issues on the island of Cyprus. This country will continue to work with our friends in Cyprus to try to achieve that goal, but our policies on flights have not changed.