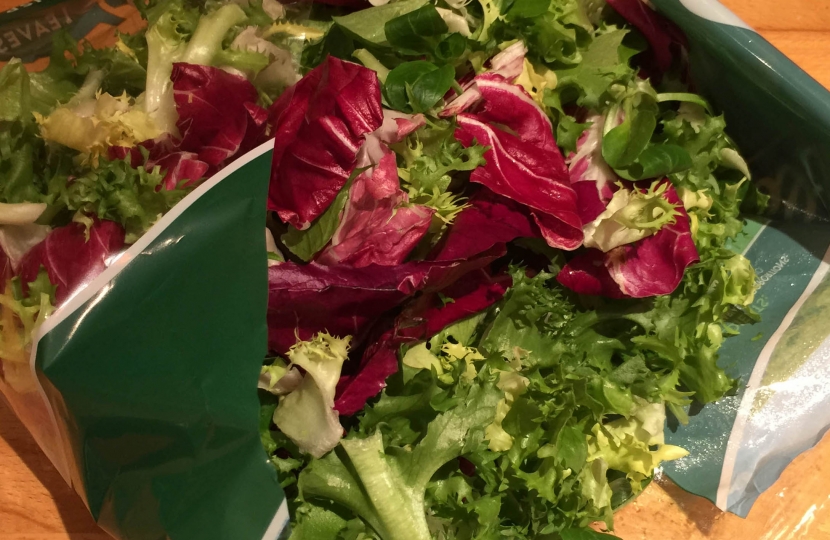 Theresa Villiers, MP for Chipping Barnet, is suggesting that a New Year resolution which it would be good for people to adopt is reducing food waste. Theresa has been campaigning on this issue since a constituent contacted her about it some months ago. Reporting back on her campaign to date, Theresa said:

“One of my New Year’s resolutions is reducing food waste. This has a range of benefits including cutting the cost of a weekly shop and helping to reduce carbon emissions. When I was contacted by a constituent about this, I took up her concerns with the Council, the Government and the major supermarket chains.

I’ve since received strong commitments back from Food Minister, Rory Stewart, on how seriously the Government takes this issue. The Government has been working with WRAP – the Waste and Resources Action Plan – and the Love Food Hate Waste campaign to persuade both consumers and retailers to find ways to reduce food waste. This has contributed to a 15% reduction in food waste since 2007.

Barnet Council is also taking action and I would recommend the following link for useful advice on how to reduce household food waste:

A number of grocery chains gave constructive responses to my appeal for action on food waste. For example, Sainsbury’s told me that unsold food which is still safe to eat is available for collection by local charities and that last year they donated over 611 tonnes of food from their chilled supply chain to charities – the equivalent of over 1.2 million meals. They also told me that they were the only retailer in the UK to send 100% of their bread waste to farmers for use as animal feed rather that it going to landfill.

So for anyone who hasn’t made a New Year’s resolution yet, reducing food waste is a good one to consider.”