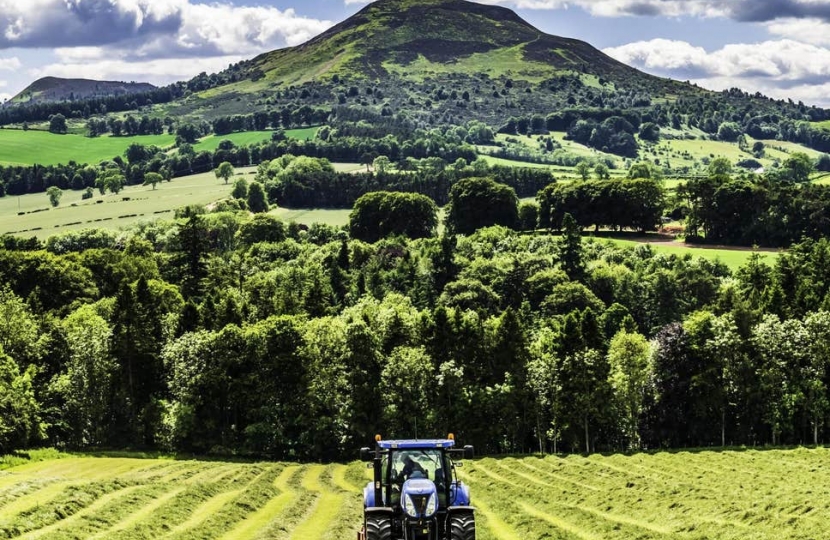 The following article from Theresa Villiers was published in the Independent on Saturday 17th August:

When it comes to food, we are surrounded by an abundance that our ancestors could only have dreamed of.

One of my new colleagues at Defra spoke about a farmer who described how, when he was a boy in the 1940s, his father had wept as he tore out his hedges to put more land under the plough as his contribution to the heroic efforts that fed this country.

Like millions who know hunger around the world today, their generation valued food as something so precious it should never be wasted.

Today, our food and drink sector employs one in eight of us, contributing more than £122 billion to the UK economy, and exporting over £22.6 billion of high-quality, high-welfare products prized by over 200 countries worldwide.

Yet amid such abundance, something has gone very wrong. As individuals, our demise is more likely to be hastened by our own poor food choices than the infectious diseases which brought down our forefathers. As a society we have seen how poor land use can damage our country’s natural wealth. There is also growing concern about the amount of food which is wasted.

There has never been a better time for fresh thinking about the whole food system, field to fork. That is why we have launched the first major review in 75 years, ably led by entrepreneur Henry Dimbleby, to inform a National Food Strategy that will guide efforts across Government.

It’s a fiendishly complex challenge, so I am delighted to announce that we are launching a wide call for evidence, asking you to share your insights and ideas – modest or grandiose – with us, starting today.

We all have a stake in our food future, so there should be space at the table for everyone’s thoughts to be considered alongside the evidence presented by specialists.

We want a food system that is resilient to future shocks and that reflects our respect for the natural world and one another too – so that safe, healthy, high-welfare, nutritious, delicious British food is accessible for everyone.

And imagine the impact on our environment, our rural economy, and our health, if a greater part of our gigantic food procurement budget were invested in more local, sustainable food.

At Defra we are putting our food and farming policies at the heart of our efforts to tread more lightly on the planet, while boosting our rural economy and strengthening communities.

Once we leave the EU, we will have a once in a generation opportunity to combine support for farmers with support for the environment and animal welfare. The Common Agriculture Policy (CAP) is deeply flawed in multiple respects. To a significant extent, it pays landowners simply for owning land, no matter how they manage it. The £3.2 billion of CAP funds paid out to farmers each year therefore fails to target those public goods we all value so much, such as protecting biodiversity and wildlife habitats.

Outside the EU we can and will replace it with a system that rewards good stewardship of land and nature, and which also helps our farmers become more sustainable and productive and better able to compete in the new markets we want to open up to them via an independent trade policy.

Scientists’ warnings, such as the recent devastating reports from the IPBES and IPCC, could not be clearer. Only a few months ago we saw the results of most comprehensive assessment yet of the state of nature. It told us that a million species are facing extinction. In my lifetime, populations of animals, on average, have more than halved – a mere blink of an eye in evolutionary terms. This is not just a biodiversity issue; it is a human issue.

We have no choice but to tackle climate change and biodiversity loss, or risk not only losing untold wonders of the natural world, but plunging whole regions into desperate poverty. Central to that is the need to rethink our relationship to land-use.

I want to ensure that our food system at home complements our efforts to ensure sustainable food security for the 9 billion people who will share this planet by 2030. This country can lead the way as we head into a year of international negotiations that will define global ambition for biodiversity, climate change, and our ocean.

Our relationship to food speaks volumes about our ambition for our country, and about our values. So I hope that you will respond to today’s call for evidence and make your voices heard on the future of our own food system – to help us make good on our pledge to leave the environment in a better state than we found it and end our contribution to climate change by 2050.