MP joins tributes to the fallen of WWI 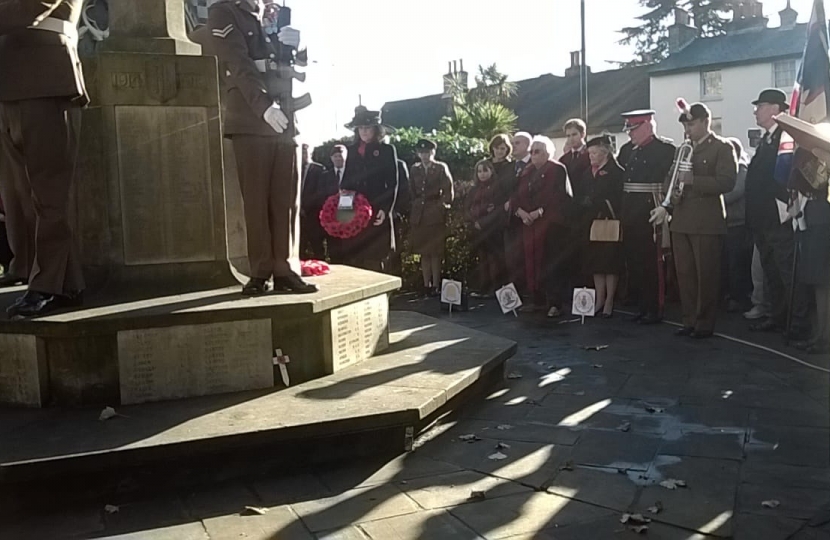 Chipping Barnet MP Theresa Villiers has attended a host of Remembrance events across the constituency and beyond to commemorate the 100th anniversary of the end of the First World War.

On Friday, she went to Finchley Memorial Hospital for a ceremony to commemorate soldiers from Finchley and Whetstone who died in the service of their country, including John Parr from Lodge Lane who was the first British soldier to be killed in the World War One.

On Saturday, Theresa attended Southgate Progressive Synagogue and, on Sunday, she was in the congregation at St John the Baptist Church in High Barnet for the Armistice Day service, before joining Barnet Scouts in Frith Lane, Mill Hill, in the evening for a beacon lighting.

In the run up to the weekend, Theresa attended East Barnet Royal British Legion parade to launch the poppy appeal and she was also at Parliament’s Remembrance service in St Margaret’s Church in Westminster. In 1918 MPs went to a similar service after hearing news of the Armistice.

“It has been an honour to go to every one of these events, to hear heartfelt stories of bravery and grief from 100 years ago – many of which have been handed down through families,” said Theresa.

“What has struck me is the depth of the interest shown by people in Barnet in the First World War centenaries which have been taking place over the last four years and came to a close yesterday. There is a real determination to remember the fallen and to learn how the conflict affected society.

“Events over the weekend were better attended than any other Remembrance Sunday which I can remember. This provided an important opportunity to recognise the sacrifice of all those who have served in the armed services in more recent operations including the Second World War, Korea, Northern Ireland, the Falklands, Iraq and Afghanistan”