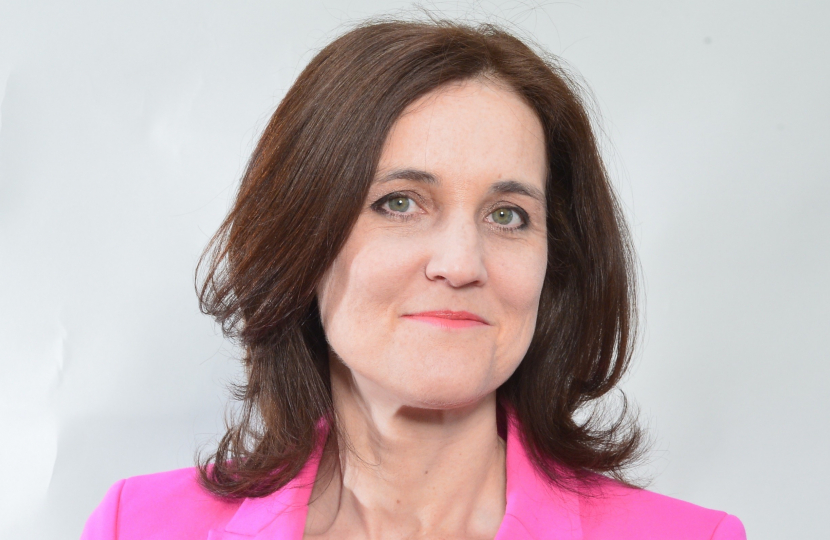 Barnet MP, Theresa Villiers has spoken up again in Parliament on the need to expand access to GP appointments in Barnet.

She was taking part in a debate on health provision in areas where housing developments are being built.

In her speech, she emphasised that council planning committees should be given back greater powers to turn down planning applications which are inappropriate and place too much pressure on local public services.

Addressing the debate in Westminster Hall, Theresa Villiers said “I pay tribute to all the GPs in my constituency. They are the bedrock of our NHS. We all depend on them, and they have done magnificently in so many ways during the pandemic.

It is clear that rising healthcare need is already placing great pressure on our national health service, including general practice, as we grow older as a society and as our frail elderly population gets larger.

But at the same time, council planning committees are finding it harder and harder to turn down planning applications even where it is clear that the area does not have the GP capacity to service the population increase that the proposed new flats could involve.

Elected councillors are increasingly advised by officers that they should not turn down an application even if it contravenes long-established planning principles on matters such as character, conservation, height, density or pressure on local services and infrastructure, because their decision could be overturned on appeal, on the grounds that housing targets are not being met.

To compound the pressure, elected representatives are threatened with high costs being awarded against councils if they lose planning appeals.

That is forcing councils to produce long lists of development sites to meet the requirement of a five-year land supply, many of which may be wholly inappropriate for new housing—certainly for high-density new housing.

Even where developers offer to build facilities for a new GP practice as part of their plan, that does not solve the problem because it is a shortage of doctors, not premises, that is causing the greatest pressure on primary care….

I would like the Minister to consider a threefold solution. First, housing targets should be advisory, not mandatory. They should not be taken into account in planning decisions or appeals.

Secondly, whether or not a local authority has a five-year land supply should no longer determine planning applications.

The Government take the expansion of the NHS workforce very seriously, and it is a proud achievement that there are more doctors in hospitals than ever before in the long history of our national health service.

The Government have ensured that there are more GPs in training than ever before, and five new medical schools have opened.

That good progress is all welcome, but as the Health Secretary has admitted, plans to recruit 6,000 additional GPs by 2024 are not on track.

We need to turn that situation around if we are to tackle the Covid backlog and ensure that, where new homes are built, all residents—existing ones and new ones—continue to be able to access the GP appointments they need.”

Theresa concluded by questioning the Minister responding to the debate, Stuart Andrew to ensure the Government plans effectively for the future workforce needs of the NHS.

She has run a long campaign for expansion of GP services and has raised the matter in Parliament many times.