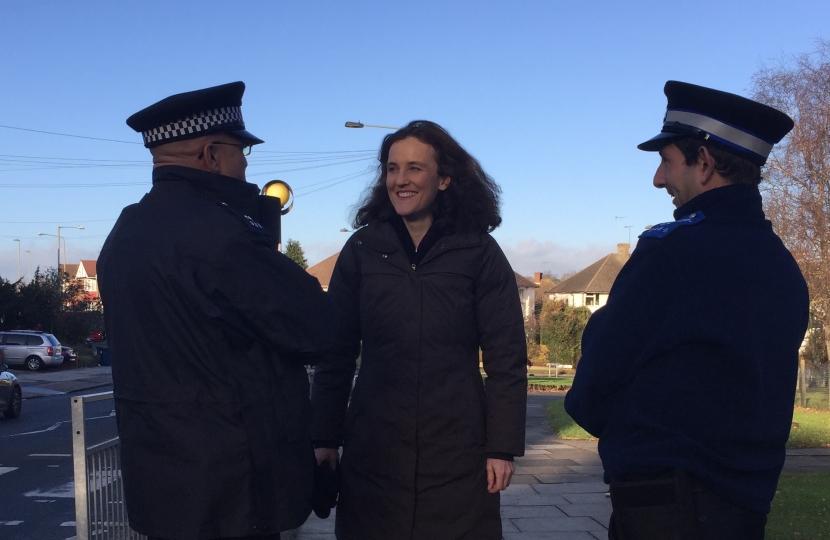 Chipping Barnet MP Theresa Villiers welcomed news that an extra 1369 police officers have been recruited to fight crime in London.

The Metropolitan Police is the single biggest recipient within a total of 4,336 extra officers for forces across England and Wales.

This means that despite the Covid outbreak, the Government remains on track to hit its target of 20,000 extra officers by 2023, according to Home Office statistics.

“I am very pleased we now have these new police officers keeping our communities safe and helping to tackle offences such as knife crime and burglary that really concern residents here in Barnet,” said Theresa. "The police in Barnet have told me new officers are being allocated to our borough and recruitment is on a bigger scale in London than has been the case for many years," she continued.

“This is welcome Government investment in the Metropolitan Police and I am also pleased the recruitment process is also better representing our multi-cultural capital city. We now have the highest proportion of black, Asian and minority ethnic officers, as well as female officers, joining since records began.”

Theresa added that a job in the police is now more attractive following a 2.5 per cent pay rise this year - equivalent to a constable receiving an extra £1,100. This is the second year running, officers have received an above inflation rise from the government.