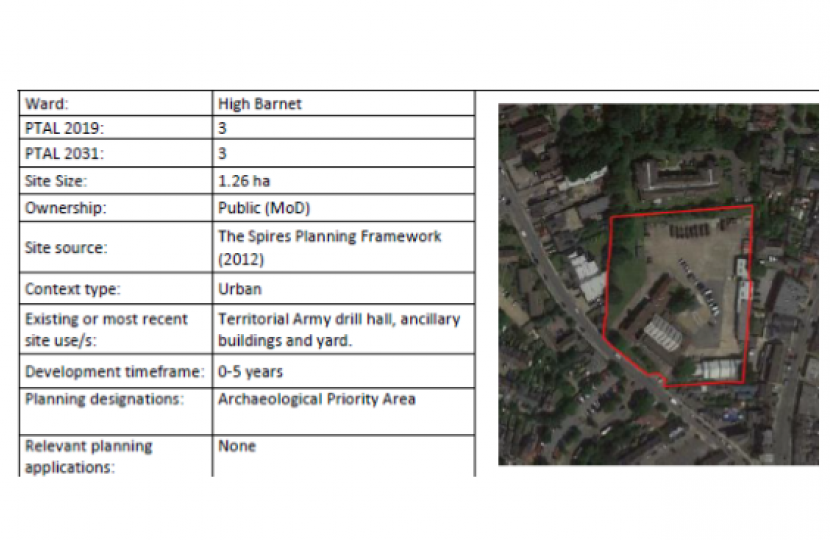 MP Theresa Villiers has received an assurance from the Ministry of Defence that the Chipping Barnet Army Reserve Centre will remain in operational use and will not be redeveloped for housing.

Residents and Theresa were concerned when the centre in St Albans Road appeared on a list of sites for potential housing development in the borough’s emerging local plan.

Speaking in the House of Commons yesterday, Theresa asked the Minister for Defence Procurement Jeremy Quin: “My constituents hold the armed services in the highest regard, so there was some serious dismay when the army reserve centre in Chipping Barnet appeared on a list of sites for potential housing development.

“Will the minister give me the strongest assurances that the Territorial Army centre will stay in operational use for the foreseeable future?”

In reply, the minister said: “I am pleased to be able to confirm to my right honourable friend that the High Barnet Army Reserve Centre has a continuing defence use and there are currently no plans for its sale.”

Speaking afterwards, Theresa added: “These were reassuring words from the Minister that I hope will put my constituents’ fears at rest.

“I remain puzzled as to why the site has been listed in the draft local plan as the Minister was told by his officials that they had not requested that this happen. I am a strong supporter of our armed services and I will keep up the pressure to retain the army reserve centre in my constituency.”