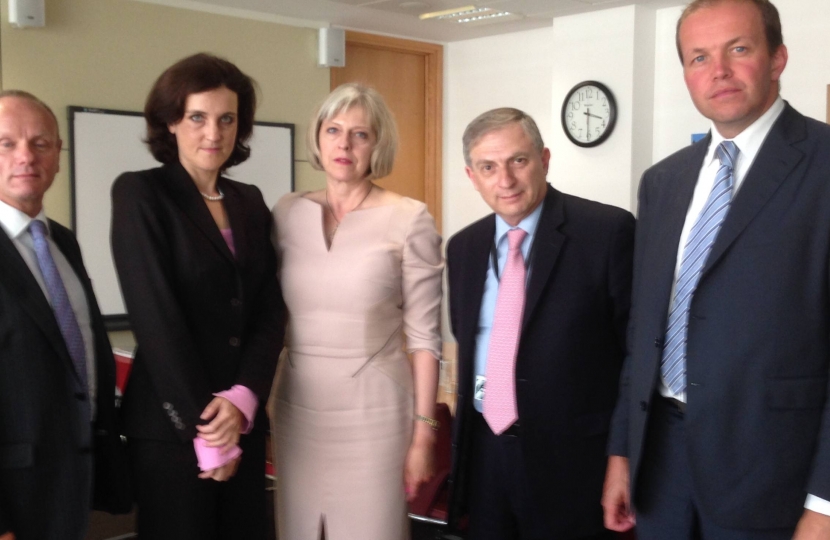 Local MPs from North London yesterday met with Home Secretary, Theresa May, to discuss how to tackle the rising threat of anti-Semitism. The meeting comes amid increasing reports of anti-Semitic hate crimes being committed across the UK. The MPs were able to talk to the Home Secretary about incidents in their own constituencies and pressed for firmer action on anti-Semitic behaviour at demonstrations.

During the meeting, the Home Secretary informed the delegation that new guidance on hate crime has been issued to all police forces which makes specific mention of anti-Semitism. She also updated MPs on work the Home Office is conducting in conjunction with the Community Security Trust (CST), in addition to discussing internet hate and on campus anti-Semitism.

MPs commented that “This abhorrent hate-crime has no place on our streets. The Home Secretary will be working with local MPs and others to tackle anti-Semitism and to ensure that racism in any form will not be tolerated. Anyone concerned about anti-Semitism can be reassured that the Government takes the matter very seriously”.