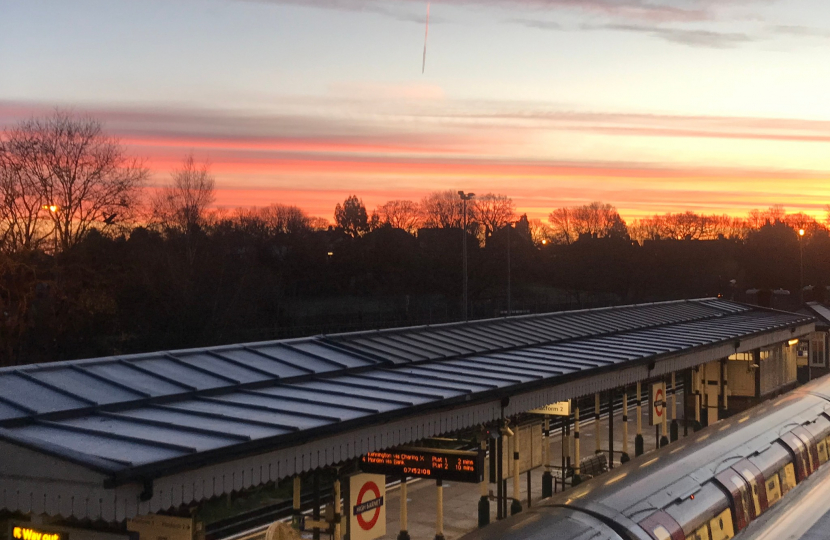 On 22nd March, the “dot matrix indicator boards” at High Barnet station became defective meaning that there was no way to tell which platform the next train would depart from or which branch it would use.

This led to chaotic scenes with passengers going from platform to platform following conflicting instructions from the boards, station announcements and station staff.

Theresa Villiers, a regular Northern Line commuter, immediately contacted senior figures at TfL to demand the problem be remedied. She demanded a meeting and met senior management on Zoom a few days later.

They informed her that the problem was likely to be a software fault. This was eventually fixed and normal services resumed on 31st March.

Reflecting on this episode, Theresa said “It was just not acceptable that people just trying to get to work were being given the run-around (literally!) by defective information systems at High Barnet station.”

“This kind of chaos is the last thing you want on your daily commute and I was determined that my constituents should not have to put up with this. I know how important reliable public transport is for Barnet and will always hold TfL to account on this and lobby them strongly to get problems fixed.”