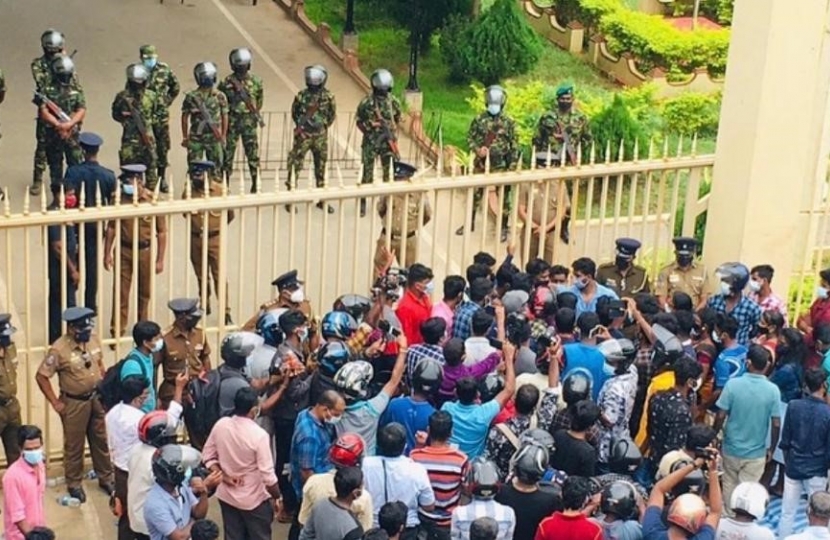 Responding to the news that a memorial to Tamils who lost their lives in the Sri Lankan civil war was demolished last week, Theresa Villiers MP condemned this action by the University of Jaffna and the Sri Lankan authorities.

"It will always be important to remember the victims of the long conflict in Sri Lanka", Theresa said "I am shocked and saddened that this memorial has been bulldozed."

She continued, "This is insensitive and unjustified and I condemn it, as do my colleagues in the All Party Parliamentary Group for Tamils."

Concern about events in Jaffna was also expressed over the weekend by UK Foreign Minister, Lord Ahmad of Wimbledon, and the following statement was issued by the APPG for Tamils:

"The All-Party Parliamentary Group for Tamils is deeply concerned by the demolition of the Mullivaikal Tamil Genocide Memorial Monument at Jaffna University on Friday evening by the Sri Lankan state.

The memorial was unveiled in 2019 to honour the thousands of Tamils who were victims to war crimes during the final stages of the Sri Lankan Civil War.

The right to remember is an integral part of the reconciliation and justice process. Destroying the memorial monument directly undermines this process and is an attempt to erase the history and identity of Tamils in Sri Lanka.

We stand together with the Tamils of Sri Lanka in defence of human rights and strongly condemn the destruction of the Mullivaikal memorial.

The All-Party Parliamentary Group for Tamils has written to the British Foreign Secretary to raise our concerns and request that he joins us in condemning this attack on Tamil remembrance."

As MP for Chipping Barnet, Theresa Villiers has been campaigning for justice and accountability in Sri Lanka, with her British Tamil constituents.