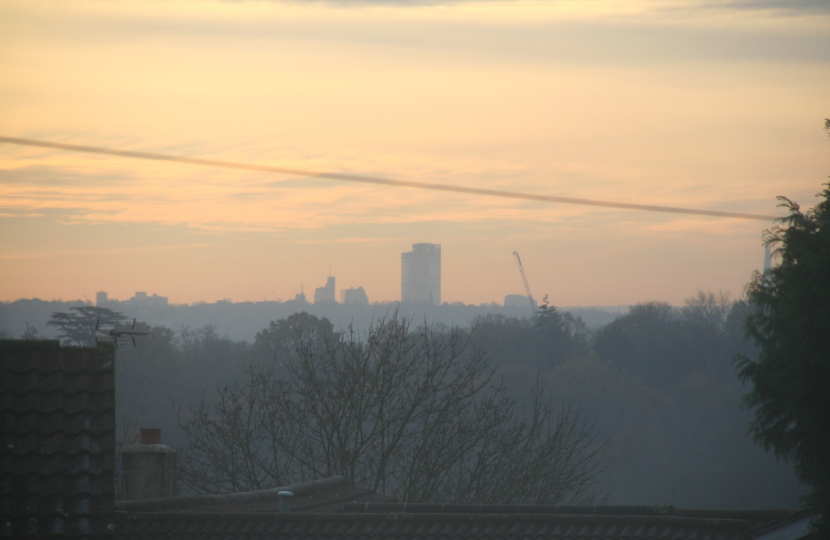 In the aftermath of defeat in the local elections, Theresa Villiers MP acknowledged that the Government needs to listen to the message from residents and provide a clearer plan to grow the economy and help people with the cost of living.

She subsequently welcomed the additional package of support announced by the Chancellor pf the Exchequer, saying “Inflation has been pushed up around the world because of economies reopening after Covid and the war in Ukraine pushing up oil and food prices.”

“I welcome the big package of support the Chancellor is providing to help people with rising prices. Whilst no Government can insulate people from all the effects of worldwide inflation, this will help millions of people, in addition to the extensive support already announced.”

“This major intervention is only possible because of work to strengthen the economy over the past twelve years. We now need to ensure that we have a clear plan to grow the economy in a sustainable way to safeguard living standards. That is why Government programmes to create jobs and give people access to the skills they need to earn better wages are vital.”

“We must also use our Brexit freedoms to reform regulation to make our economy more competitive and create the right climate in which business and enterprise can flourish. This is crucial for delivering a thriving economy and was at the heart of the report on the Taskforce on Innovation, Growth and Regulatory Reform which I co-wrote last year.”

The Chancellor’s announcement in Parliament today brings the total value of support offered with cost of living pressures to £37 billion. Key measures include:

The lowest-income households on means-tested benefits will receive £650 from the one-off payment announced today, £400 from the energy bills cash grant, and £150 from the council tax rebate – totalling £1,200. For the 8 million most vulnerable households, this £1,200 is comparable to the average energy bill increase over the course of this year.

Some individuals could receive up to £1,650. A low-income household on pension credit with a disability would receive the £650 one-off payment, £300 through the Winter Fuel Payment, £150 for disability benefit recipients, £400 from the energy bills cash grant, and £150 from the council tax rebate – totalling £1,650.

These grants and support payments are in addition to the help announced previously by the Chancellor such as:

• Cutting fuel duty by 5p for twelve months. Conservative Governments have frozen fuel duty for twelve consecutive years. But in recognition of the unprecedented circumstances pushing up fuel prices, we cut fuel duty by 5 pence for a full year – only the second reduction in twenty years, the LARGEST EVER cut across all fuel duty rates, and a new tax cut itself worth £2.5 billion, adding up to over £5 billion together with the cost of the freeze. This will save car drivers £100, van drivers £200, and HGV drivers £1,500 this year.

• Putting £1000 in the pockets of people on the lowest incomes by slowing down the rate at which benefits are withdrawn when people's income from work goes up. So people keep more of what the earn and lose fewer benefits.

• Cutting the basic rate of income tax to 19 pence in 2024. It would be irresponsible to do this now, but by 2024, inflation is forecast to be back under control, debt will be falling sustainably and the economy growing. The Government therefore plans to decrease the basic rate of income tax by 1p, a tax cut worth £5 billion for over 30 million workers, pensioners and savers – only the second income tax cut in two decades.