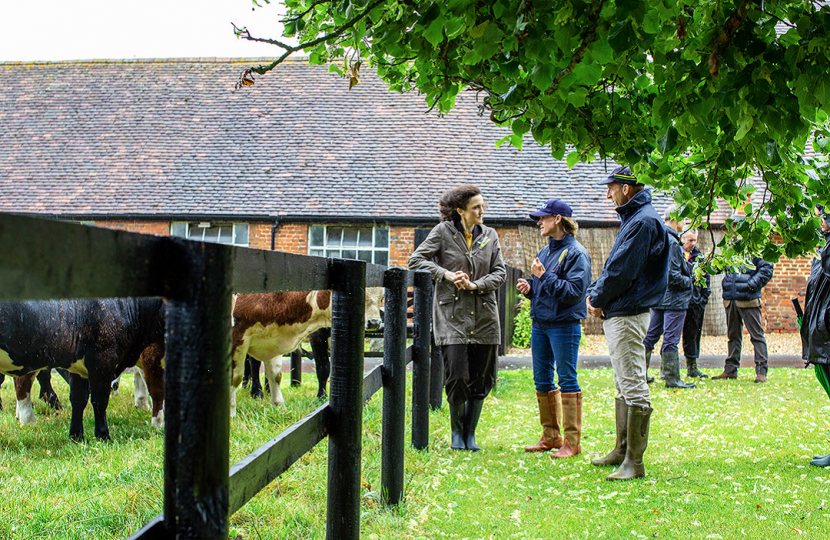 Last night I rebelled against the Government whip to back amendment 16 to the Agriculture Bill. Thank you to all the constituents who got in touch about this important vote.

This amendment would have required food imported under new trade agreements to meet standards which are equivalent to those which apply in this country. It was adopted by the House of Lords; they sent it to the House of Commons to consider, but MPs voted it down.

This purpose of the Agriculture Bill is a establish a new system of farm support to replace the Common Agriculture Policy. This is a Bill which I introduced to Parliament when I was Environment Secretary and I strongly support the new Environmental Land Management schemes it will introduce. They will be a vital means to protect nature and biodiversity and tackle climate change. The Bill gives us an opportunity to deliver lasting changes to the way land is managed by giving farmers a financial incentive to deliver those public goods which we all value so much, but which the market doesn’t properly recognise, including more compassionate treatment of animals and protecting the natural environment for future generations.

But retaining our domestic rules on environmental stewardship and animal welfare will have less and less of an impact if an ever-increasing proportion of the food we eat is produced overseas according to rules which fall below ours and which would be illegal if deployed here.

I recognise the benefits of trade liberalisation, but applying purist Ricardian economic principle in an unconstrained way to agriculture would be wrong, which is why almost no country in the world treats food in the same way as other commodities when it comes to trade policy.

Exposing our farmers to unfettered competition from lower cost, lower welfare imports, such as intensively-reared hormone-treated feedlot beef fed on soy contributing to deforestation in the Amazon, would undermine our commitments on the environment and animal welfare, as well as damaging the rural economy.

I want to emphasise that the bans on chicken washed in disinfectant and beef treated with hormones have been imported on to the UK statute book via the Withdrawal Act. So they cannot be removed without a vote in Parliament. But in our trade negotiations the US will push for them to be lifted and I want Ministers to resist that pressure.

That was why I backed amendment 16 last night. I felt doing that was important if I was going to live up the promises I made when I was Secretary of State. I acknowledge that there are some technical legal issues with this amendment. But I would point out that the US routinely seeks to impose conditions on its trade agreement partners on matters such as intellectual property. Indeed the US has itself fought lengthy legal battles in the WTO to defend rules protecting animals such as dolphins and turtles.

Our negotiators should stand firm and refuse to remove restrictions or reduce tariffs on food unless it is produced to standards of animal welfare and environmental protection which are as good as our own. The UK market for food and groceries is the third largest in the world. It is a massive prize for any country to be allowed greater access to it. We should not sell ourselves short.

Now the amendment has been rejected by MPs, it goes back to the House of Lords for them to decide whether to continue to support it and send it back again to the House of Commons in a process generally described as ‘ping-pong’. The Bill can only pass once both Houses are agreed on it.