Conservatives call for Cypriot unity on 43rd anniversary of invasion 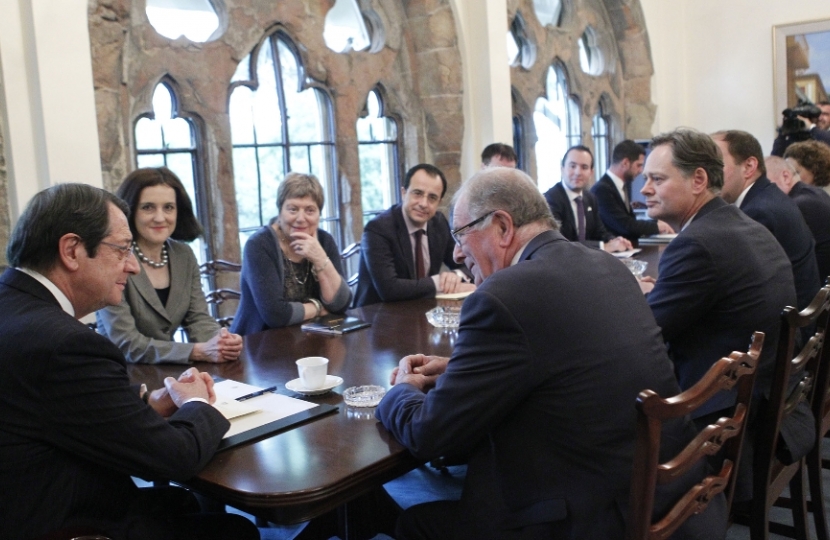 Ahead of the 43rd anniversary of the 1974 invasion of Cyprus, the President and Parliament Chairman of Conservatives for Cyprus, Theresa Villiers MP and Matthew Offord MP respectively, have called on Minister for Europe Alan Duncan to support the ongoing reconciliation and negotiation process in Cyprus.

Although the historic talks between Mustafa Akinci and President Anastasiades recently broke up without a settlement, Villiers and Offord emphasised that this is not the end of efforts to bring the two sides together and that the UK government should continue to work to help find a settlement. They argued that Cyprus deserves to be a modern and efficient state which will work in the interests of all Cypriots, without the need for guarantors or foreign military presence.

Theresa said: “It is a tragedy that Cyprus has been divided for 43 years, causing distress to many, including those who lost their homes. Of course there is great disappointment that negotiations which looked so promising have not delivered a resolution. But although the two leaders have not yet been able to reach an agreement, there is still strong support for resumption of a process aimed at reuniting Cyprus at long last. That is why the Conservatives for Cyprus group is urging the UK Government to continue to support Cypriots in their long-running efforts to try to reunite their island.”