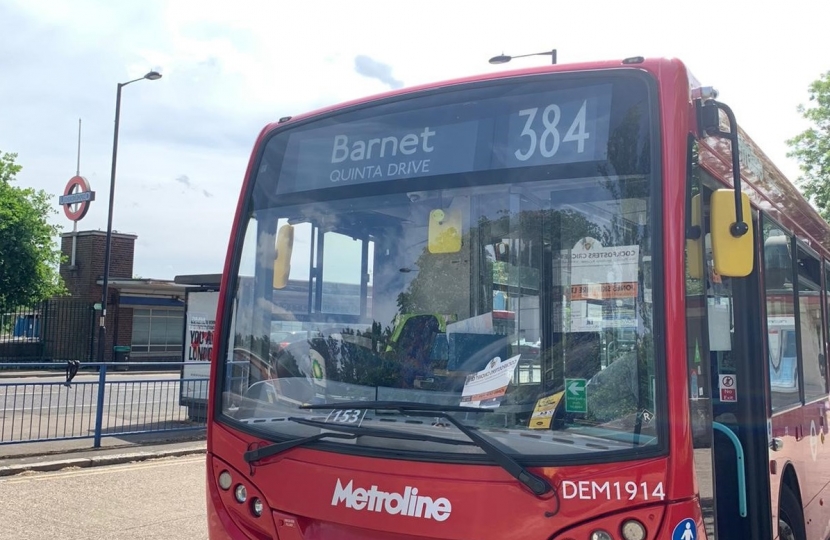 Chipping Barnet MP Theresa Villiers has condemned the London Mayor for allowing transport bosses to change the 384 bus route despite widespread opposition to the plan.

Political parties from across the area united to try and persuade Transport for London (TfL) not to go ahead with the proposal, but the new route went live over the bank holiday weekend.

The decision - rubber stamped by the Mayor - removes the popular service from many parts of New Barnet and the Bevan Estate.

“I condemn the decision to press ahead with this route change because it will mean many people have a much longer walk to a bus stop,” said Theresa. “This is especially tough on the elderly, on people with disabilities and reduced mobility, and on parents with young children; but the Mayor just would not listen.

“Local people successfully campaigned to get the right 384 service back in the 90s and it is shameful that much of it has now been removed. The Mayor must take responsibility for this decision. No one directed him to do this. He can’t blame it on anyone else.”

Theresa added she would continue to press for the old route to be reinstated. “The changes introduced today must be reviewed and TfL must listen to what local residents want. I will keep up the pressure to bring back the bus route local people want, not the one that has been imposed.”

Disruption and delays started to occur in Salisbury Road yesterday (Tuesday 2nd September), the first working day when the altered service was in operation. Taking the 384 bus down Salisbury Road was deeply controversial because of how narrow the street is.