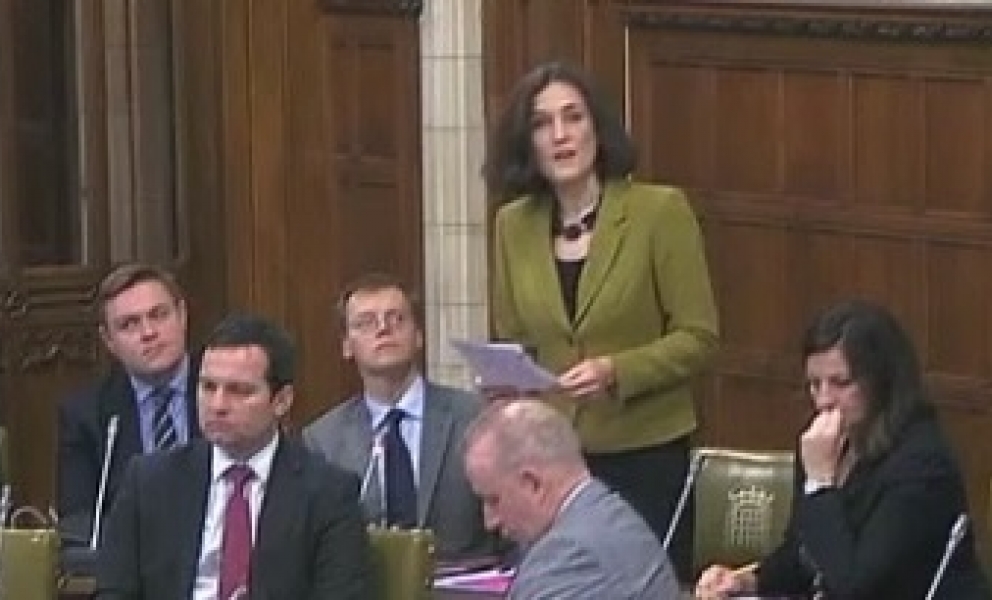 Centenary of the Balfour Declaration 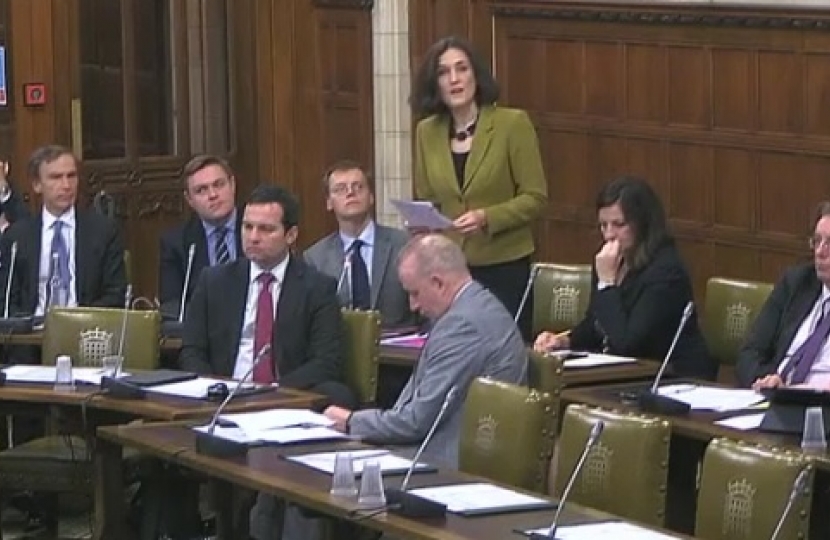 The Rt Hon Theresa Villiers, Member of Parliament for Chipping Barnet, spoke out in Parliament on Wednesday in support of the State of Israel, urging MPs to celebrate the centenary of the Balfour Declaration. She condemned boycott campaigns and also urged the government to take action to ensure that UK aid does not inadvertently fund payments to terrorists.

In response to concerns raised by constituents, Theresa asked the Minister for International Development what steps the Government was taking to ensure that UK aid money to the Palestinian Authority (PA) is not used for payments to terrorist prisoners. Acknowledging the work done to prevent any direct connection between UK aid and prisoner payments, she asked what was being done to ensure UK taxpayers’ money does not indirectly support such payments by freeing up resources which would otherwise have had to be used for day-to-day PA activities.

She received an assurance from Minister of State, Rory Stewart, that aid money is targeted at health, education, and co-existence projects and vetted by an independent auditor.

Earlier in the day, Theresa took part in a Westminster Hall debate on the forthcoming centenary of the Balfour Declaration: a letter dated November 2nd 1917, in which the UK Government gave its official approval to the idea of a Jewish state, one of the most important steps in the process which ultimately led to the creation of the State of Israel. Theresa also spoke out against the use of boycotts to try to delegitimise the State of Israel. She also called on Lib Dem MP, Tom Brake, to condemn Baroness Tonge for hosting a meeting in the House of Lords where anti-Semitic comments were made.

Theresa’s full speech is as follows:

“I am a long-time friend of the state of Israel and am proud to be so. I am pleased to say that a significant number of my constituents have been in contact with me about taking part in this debate, and I welcome their input.

As my constituents point out in their emails to me, the Balfour declaration was the first official statement of recognition by a major foreign power of the right of the Jewish people to national self-determination, free and safe from persecution. The support that the British gave to the creation of a Jewish democratic state was a key stage in a process that eventually brought relief from two millennia of persecution and exile, as my hon. Friend so eloquently stated.

As we have heard, the Balfour declaration was subsequently ratified by all 51 countries of the League of Nations when the Mandate for Palestine was approved in 1922, recognising the historical connection of the Jewish people to Palestine and the grounds for reconstituting their national home in that country. Over the years, many sought and found refuge after the holocaust and the expulsion of some 800,000 Jewish people from across the Middle East and north Africa. Since its rebirth in 1948, Israel has sadly been attacked many times and has repeatedly faced existential threats. Despite those threats, Israel is a liberal, pluralist democracy that is committed to working for a peaceful settlement with all its neighbours.

It is also important to recognise that Israel is a multi-ethnic, multi-faith democracy in which Arabs, Druze and other non-Jewish minorities are guaranteed equal rights under the law. It was a point well made by my hon. Friend the Member for Eastbourne that Christians enjoy full freedom of religion in Israel, unlike in almost any other part of the Middle East. Unlike in many countries of the Middle East, the rights of women and lesbian, gay, bisexual and transgender people are fully protected in Israel, which is something to celebrate. Of course, there are a famously independent-minded media in Israel and an equally independent judiciary, both of which are always willing to hold the Israeli Government to account.

Although hon. Members in this room may be divided on many issues, I am sure we can all unite in supporting efforts to deliver a negotiated peace settlement for Israel and the Palestinians. Throughout the build-up to this important centenary next year, I am sure there will be a strong focus on seeking to get those negotiations going once again, with a view to finally securing the two-state solution for which we have already heard such strong support among hon. Members this morning. We could then finally see a safe and secure Israel living beside a viable Palestinian state.

The centenary is also an opportunity to celebrate the bilateral relationship between the UK and Israel. Since its creation, the State of Israel has had an enduring partnership with our country that covers many areas, including trade, technology, science, medicine and academic research. Trade between our two countries is now at record highs. The UK is Israel’s second-largest trading partner, with more than 300 Israeli companies operating in this country. We have already heard about British-Israeli co-operation in technology, which is facilitating significant numbers of business partnerships that support jobs in both countries in areas such as FinTech, cleantech, cyber-security and health. Israel is a world leader in medical research, particularly stem cell research. Research under way in Israel is giving hope to many people with debilitating diseases such as Parkinson’s.

The forthcoming centenary is an opportunity to further strengthen ties between our country and Israel in culture, trade and academic life. Of course, the Brexit decision opens up the possibility of a trade deal. We should also use the centenary to see whether we can make further progress towards a long-term peaceful settlement in the middle east, which continues to be a foreign policy priority for our Government.

I hope the Minister will reassure us on those points. Today’s debate is a reminder of the significant role that the United Kingdom played in the creation of the state of Israel, and with that comes a continuing obligation to do all we can to support efforts to deliver a negotiated settlement so that we can finally see a peaceful outcome and a two-state solution in the Middle East.”