Campaign to save Greek A Level 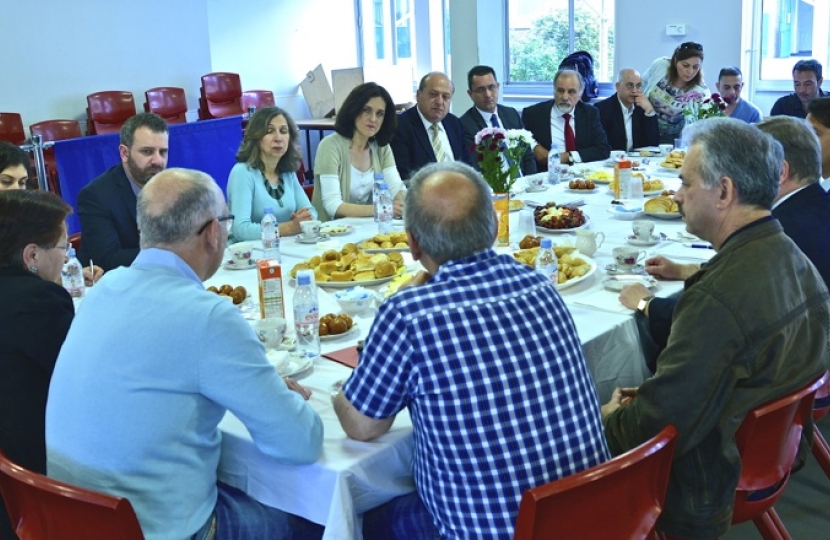 Theresa Villiers, MP for Chipping Barnet, has started a campaign to save the A level in Greek and stop it from being abolished by Edexcel (who set exams). She also believes it is very important to retain A levels in other languages, such as Turkish and Polish, which face the threat of abolition from the OCR exam board.

Theresa met leading members of the British Cypriot community over the bank holiday weekend, at Manor Hill Greek School in Totteridge, to hear their concerns about the damage which would be done if the A Level in Greek were to be abolished. This included representatives of the Cyprus High Commission, the Greek Embassy, the Hellenic Education Coordinating Committee in the UK – ΕΦΕΠΕ (ΚΕΣ, ΟΕΣΕΚΑ, ΑΕΣΑ), Manor Hill and Finchley Greek schools, the Cyprus Educational Mission in the UK, the Greek Orthodox Archdiocese of Thyateira and Great Britain, the National Federation of Cypriots in the UK, and the Association of Greek Orthodox Communities in the UK.

Following the meeting, Theresa Villiers said “I have a number of highly successful Greek schools in my constituency providing important educational opportunities for the Greek and Greek Cypriot community.”

“They believe that the Greek schools in north London would find it hard to survive without being able to offer A Level studies. This would have a significant impact on community cohesion. Study of the Greek language has always been a crucial way to keep the Cypriot community together and give the younger generation an appreciation of their cultural heritage.”

“This is an issue of equality. We are rightly proud of our diverse multi-ethnic society in the UK and nowhere is this success more apparent than the borough of Barnet, one of the most diverse boroughs in the country. British Cypriots are an influential and much valued part of our community. Abolishing the Greek A Level would send a very negative signal about our respect for the Cypriot community. My concerns are compounded by proposals to abolish the A Level in Turkish which is also valued by many in my constituency.”

“The study of modern languages is crucial if we are to remain competitive in this country and succeed in the global race for jobs and investment. Abolishing A Levels in Greek and the other languages under threat would be very counter-productive to achieving this important educational goal.”

“For several hundred years, study of the classical languages was the cornerstone of our education system. While much has changed in education in recent years, it is still the case that an understanding of Greek language, history and culture – the cradle of European civilization - can provide valuable insight into British history. It is also the case that scrapping the Greek A Level will make it even more difficult for universities to retain their departments for classical studies and languages.”

Theresa Villiers will be working with other north London MPs to seek to save the Greek A Level. She is contacting the Secretary of State for Education, Edexcel and OCR to urge them to reverse the threat to A Levels in Greek and other languages.