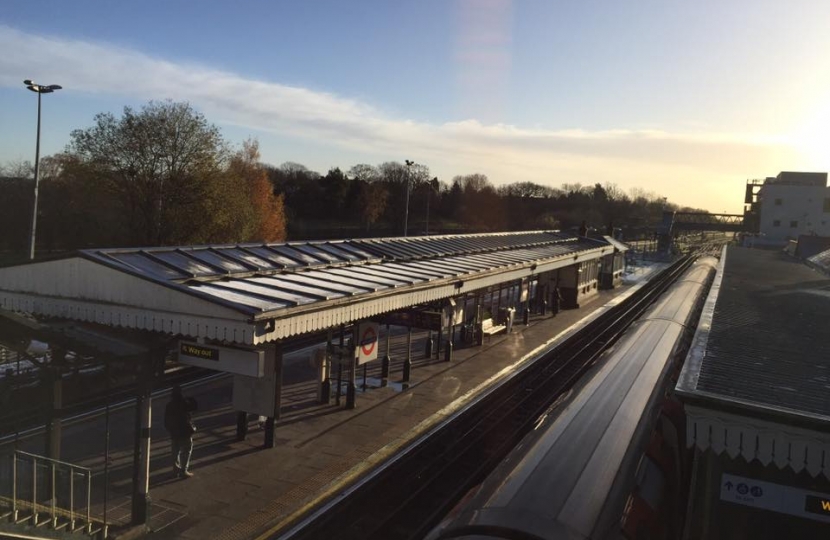 MP Theresa Villiers joined around 200 people at a meeting this week where local residents vowed to fight plans by the Mayor and TfL to build over the car park at High Barnet station.

The event at St Mark’s Church in Barnet Vale on Monday was organised by resident Gaynor Bond after she received a letter through her door about the possibility of 450 flats in blocks up to eight storeys high.

The meeting proposed to form an action group to oppose the TfL proposal.

“Everyone who expressed a view at the meeting was hostile to these plans, which would be a massive overdevelopment of a much-used car park,” said Theresa.

“I highlighted that these proposals by the Mayor would have an unfair impact on older people with mobility issues, because they would find it much more difficult to use the station if they had to walk up Barnet Hill at the start or finish of their journey.”

“Although the details of this project are not finalised yet, it is clear that there is already strong opposition to building over High Barnet and other tube station car parks. Local people want these plans scrapped and so do I.”

“As I have said before, the Mayor of London’s plans for blocks of flats are entirely wrong for these locations and it shows he does not care about the suburbs.”

“In areas like Barnet, station car parks are heavily used because each station serves a much wider area than in central London. There is already pressure on local services and infrastructure, and plans for many more flats would make this far worse.”

Gaynor Bond, who lives in High Barnet added: “This proposal goes against the character of Barnet and will remove the greenery from Barnet Hill. The loss of the station car park is badly thought out. It is as if the Mayor and TFL have no interest in what is best for Barnet’s residents.”

Local councillors, Julian Teare and Roberto Weeden-Sanz attended the meeting. Speaking afterwards, Cllr Weeden-Sanz said "The huge turnout at this meeting at such short notice shows the strength of feeling against these plans. They are part of a number of proposals put forward by TfL at sites across north London which are totally out of character with Barnet and represent massive overdevelopment of our suburban neighbourhoods."

"The Mayor clearly does not understand the impact that these egregious plans would have on our area and I am committed to working with the neighbours and local community to oppose them."

No planning application has yet been published by TfL but images have been shown at an exhibition at the tube station.