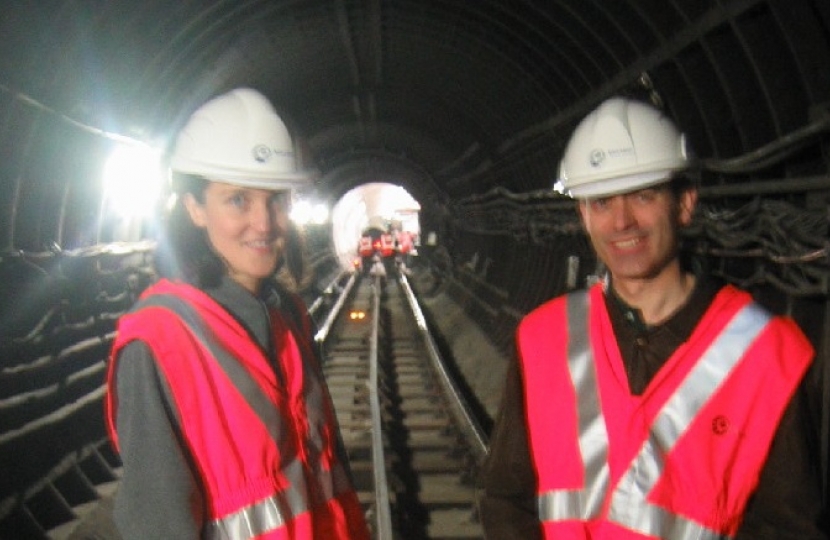 Theresa Villiers, MP for Chipping Barnet, has reported back on an urgent meeting she requested with TfL to discuss the Northern Line.

Ms Villiers challenged TfL officials on their four month closure plans for the Bank branch between Moorgate – serving the north of the City of London – and Kennington. Reliability problems on the Charing Cross branch and the Mayor’s deeply unpopular changes to the 384 bus route were also on the agenda.

Prior to the Covid outbreak, the Northern Line was the busiest on the London Underground system, with just over one million customers using it each working day. Bank and Monument, two of the stations losing their service, are  amongst the busiest on the Tube network, with a pre-Covid average of a third of a million passengers each day.

The TfL plan to upgrade facilities and expand space for passengers at Bank station will mean that the partial closure of the line starts on 15th January and is scheduled to last until mid May.

As well as no longer having the option of direct travel to key City stations, Barnet residents will face a much less frequent services on the Bank branch because of constraints on turning trains around at Moorgate.

Speaking after her meeting with senior figures at TfL, Theresa said “It is a depressing prospect for the New Year for my constituents to face four months of severely restricted service on the Bank branch of the Northern Line. In the meeting I quizzed TfL on what they would do to reduce the passenger misery these closure plans would bring commuters.”

“There will be more trains on the Charing Cross branch and a new bus service between the City destinations where Northern Line services have been suspended. I welcome that, but four months of heavily restricted services on the Bank branch is still going to be miserable for commuters. I appealed to TfL to ensure they do not let the works overrun and I will be holding them and the Mayor to account on this.”

At the meeting, Theresa expressed her grave concerns about poor service on the Northern Line in recent weeks, especially the apparent reduction in trains on the Charing Cross branch. TfL assured her that this was not due to the recent timetable change. They stated that the rush hour frequency of trains is maintained in the timetable with reductions only in the off-peak (leading to an average additional wait time of 45 seconds). They attributed delays and reliability problems to driver shortages caused by Covid absence and hold-ups to driver training programmes also linked to the pandemic.

Theresa highlighted recent failure of indicator boards at High Barnet and Camden Town which make it very difficult to identify the correct train. She was promised that these issues had been fixed.

The Barnet MP challenged TfL to rule out any possible split of the Northern Line which would mean passengers on the High Barnet line having access only to Bank branch trains. The officials at the meeting assured her that such split is not in the TfL programme, that the fall in passenger numbers means that the need for the extra capacity is probably delayed by several years, that there is no plan for the new rolling stock that would be needed, and that there is no budget or planning underway for the major works which would have to be made at Camden Town. They said there was no chance of such a split taking place for at least ten years, and it might not ever happen.

"I welcome this statement that splitting the Northern Line into two separate tube lines is not on the cards," Theresa said. "I will keep up the fight to ensure my constituents using the High Barnet branch can still pick up trains directly on to the Charing Cross and Bank branches."

Lastly, Theresa urged TfL strongly to bring the 384 bus service back to the streets from which the Mayor of London has removed it.

“My constituents want their bus back,” Theresa said. I will continue to make the case for residential streets in the Bevan Estate and New Barnet to be put back on the 384 bus route. Once again, I condemn the decision to remove the service from these roads.”

The photo is an archive one of a visit to overnight improvement works on the Northern Line some years ago.