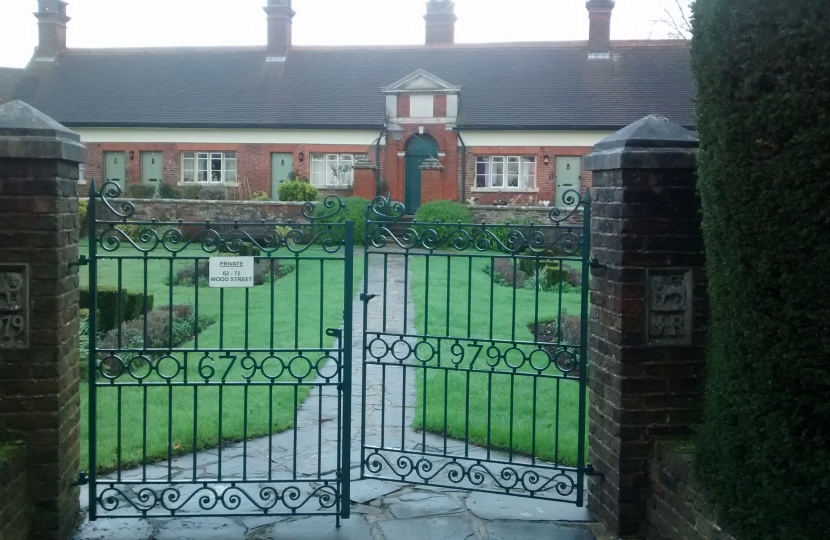 Theresa Villiers has acted on behalf of Barnet’s almshouse charities to preserve their unique status. This a form of charity which dates back to the 10th century and has for hundreds of years provided homes for the poor or elderly from a geographical area or a particular profession.

Local almshouse charities in Barnet were worried that they would be treated as Housing Associations and obliged to offer a new Right to Buy their properties. Theresa was approached by Peter White of the Lancelot Hasluck Trust, which provides accommodation to Barnet residents in need. She took the case to Greg Clark, Secretary of State for Communities and Local Government, and gained assurances that almshouses would be recognised as entities distinct from Housing Associations and would not be covered by the new Right to Buy scheme.

A key legal distinction is that unlike people living in Housing Association properties, almshouse residents are charitable beneficiaries, not tenants.

Welcoming the Government's decision, Theresa said: “Almshouse charities have a unique identity and are an important part of our local heritage. Here in Barnet, we have charities that are hundreds of years old are still supporting local residents today, particularly the elderly. Incredibly, there are almshouses in the Wood Street area of High Barnet that were first founded in 1672. It makes sense for the Government to respect the fact that almshouse charities are not the same as Housing Associations and I welcome the decision by Greg Clark that they will fall outside the new Right to Buy scheme.”

There are around 1,700 almshouse charities in Britain, a number of which provide homes in Barnet such as the Eleanor Palmer, Lancelot Hazluck and Jesus Hospital trusts.