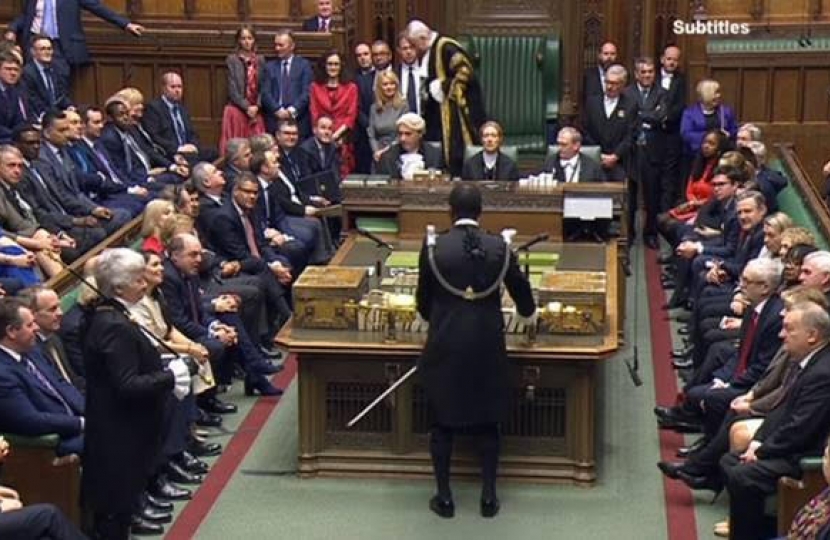 Chipping Barnet MP, Theresa Villiers, has welcomed the package of measures announced in Her Majesty’s Gracious Speech. In a big programme, the Government set out a list of new laws it would be bringing forward during this new session of Parliament.

Welcoming the announcement, Theresa said “It was wonderful to see Her Majesty back in Parliament for the State Opening. Her dedication to duty is incredible. Whilst sadly Covid restrictions meant that the pageantry had to be scaled back, it is always a huge honour to be part of Parliament on a day like this."

The Bills announced today will drive forward progress on the two crucially important goals of economic recovery from Covid and levelling up opportunity for everyone, wherever they live in our country.”

“The strong focus on science and research is very welcome, putting us on track to benefit from the vibrant new industries of the future. The massive success of the Oxford Astra-Zeneca vaccine shows what we are capable of in the UK and we should use this as a foundation for jobs and economic growth in the bio-sciences in which this country excels.”

“I am pleased to see the return of the Environment Bill. I first introduced this legislation back in early 2020 when I was in the Cabinet. It will set a demanding new framework for important environmental goals such as nature recovery and cleaning up the air we breath.”

“It is also good to see the Government bringing forward legislation to make good on its manifesto promises on animal welfare. It looks like we might finally see an end to live export of animals for slaughter or fattening. This is something against which I have campaigned for nearly two decades. It raises some complex legal and trade questions so I will scrutinise the legislation carefully to ensure it chokes off this cruel trade but allows domestic transport, which is already regulated to high standards, to continue where necessary.”

“And I welcome new laws on cat microchipping. These will align the rules for cats with the system in place for dogs for several years. I made a commitment on this when I was Environment Secretary and I believe it will deliver important benefits, for example in reuniting owners with their lost pets.”

Whilst warmly welcoming many of the measures announced, Theresa has criticised the Government’s proposed planning reforms. Click here for information on the campaign Theresa is leading to ensure that the Planning for the Future white paper is not adopted in the Planning Bill which was included in the Queen’s Speech programme.

The photo featured with this article was taken during the State Opening of Parliament in 2019.