Action to protect the Environment 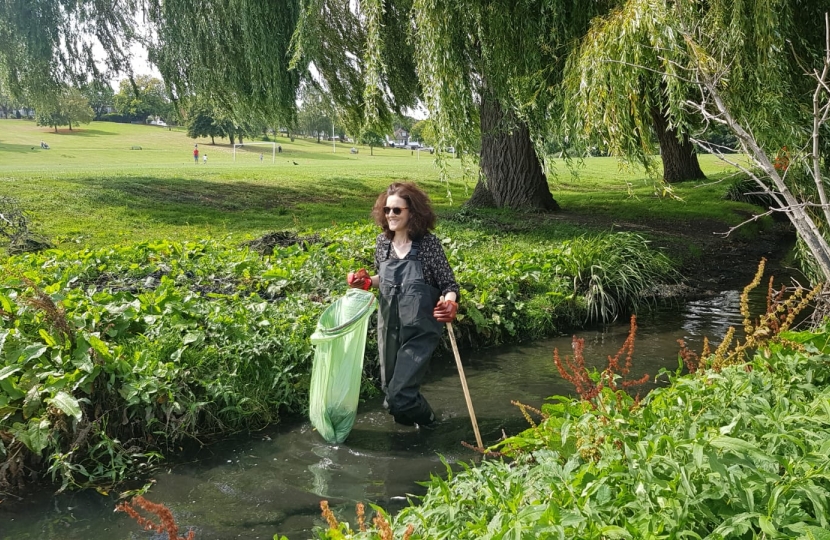 As the Secretary of State for the Environment I see first-hand the problems that can impact on us all in Barnet when it comes to the environment. The recent State of Nature report concluded that there has been a worrying decline in nature and biodiversity over recent years; and the evidence of a changing climate is becoming stronger and stronger.

The Conservatives have set the goal that this should be the first generation to hand on the natural environment in a better state than we found it. If we are to achieve that, there are many changes our society will need to make. To help us start to deliver that, I recently brought forward a radical new Environment Bill to Parliament. The aim of this legislation is to embed environmental ambition and accountability at the heart of all governmental policy and it commits the Government to setting legally binding targets on vital environmental issues.

Our country is at a crossroads and we have to act now. The Conservative Government has taken a range of actions in response to the environmental crisis we face. We are driving forward a global agenda to tackle plastics pollution in our oceans. We were the first major economy in the world to make a commitment to net zero emissions by 2050. And we are taking action to secure cleaner water in our rivers and lakes, and cleaner air to breathe.

Our Environment Bill will help restore habitats and increase biodiversity across the UK. It will create the conditions for a move towards a more circular economy, where manufacturers, consumers and local councils share responsibility for reducing waste and increasing recycling and reuse. And it will ensure that we can better manage our precious water resources in a changing climate.

And a core goal of the legislation is to improve air quality so that our children live longer, healthier lives. Our Environment Bill commits us to set a target for reducing PM2.5 fine particulate matter – the type of pollution which is does the greatest damage to health.

In London we face some of the biggest air quality challenges. As our population grows, environmental pressures will become even more challenging to address. A crucial means of improving air quality is to promote a shift to ultra-low emission electric cars. The Conservative Government has allocated £3.5 billion to reducing harmful emissions from transport, including measure to help people switch to cleaner greener vehicles.

To support the shift to the lowest emissions cars, we need better battery technology and our Faraday Challenge has committed £246m for research into delivering this. We also recognize the importance of expanding of charging points to give people more confidence about the switch away from petrol and diesel cars. Our Road to Zero Strategy sets us on a path to ending the sale of new petrol and diesel cars by 2040.

There is also growing support for tougher rules to try to prevent people leaving their engine idling which is a significant factor in pollution.

Cleaning up our bus fleet in London is essential if we are to deliver a long lasting solution to address air pollution problems. I have raised this issue with the Mayor and TfL, as representative of Barnet, and I am also working to promote the switch to cleaner buses as Environment Secretary. This year alone, the Government has provided £10m for cleaner buses in London.

A recent report published by the Greater London Assembly has shown that low Emission Bus Zones have reduced bus NOx emissions by an average of 90 per cent. This equates to reduced NOx emissions from those buses of 881 tonnes, or a 29 per cent reduction in London-wide bus fleet emissions.

The Conservative candidate for Mayor, Shaun Bailey, has explained how he would introduce more ultra-low emissions buses if he is elected next April. He wants every bus delivering TfL services to have zero emissions by the end of his first four year term. Under the current Mayor’s plans this will not happen until 2037. As it stands at the moment, on average, TfL will put 491 new electric buses on the road every year until 2037, meaning that by 2025, London’s electric bus fleet will number 2,756. Shaun has said he will add another 7,000 buses by 2025 paid for by the original ULEZ zone.

Working together we can improve life for everyone in Barnet and across our capital city. The environment should be a pressing issue for all of us.

Throughout my 14 years as MP for Barnet, I always fought hard to protect the green belt and our suburban environment. It was a central part of my maiden speech in Parliament 14 years ago; and over the last two months, I have been able to take forward that campaign for nature and our green spaces as Environment Secretary.

As I said in the final speech I made in Parliament before it dissolved, there can be few things more important for any elected representative than being able to say that in their time in public life, they helped conserve our natural environment. That has always been a core part of what motivates me and if I am re-elected on 12th December, I will continue to fight strongly to safeguard our local environment.